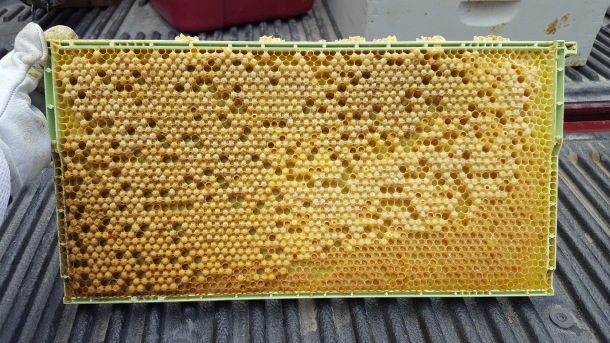 Green frames? What the heck are those? The cells stamped onto the frame are larger – perfect size for making drone (male) brood. And, the green color makes them stand out for easy ID. We’re trying green frames in our colonies this year, as additional method for reducing varroa mite population.

The varroa mite can produce significantly more mites in a drone cell, compared to a worker cell. Why is this? – Drones are a larger bee (thus, their cell is larger), and they take longer to develop. On average, a worker bee emerges in 19-22 days, where a drone takes 24-25 days. These few extra delayed allow more varroa mites to mature, ultimately increasing the overall number of varroa in the colony.

And finally, we only got a trace of rain in June. We’ve gotten about 3″ since July 7 — and that’s a good thing! Nectar should be plentiful, so if we can manage to keep queens, the colonies should be honey-producing maniacs! 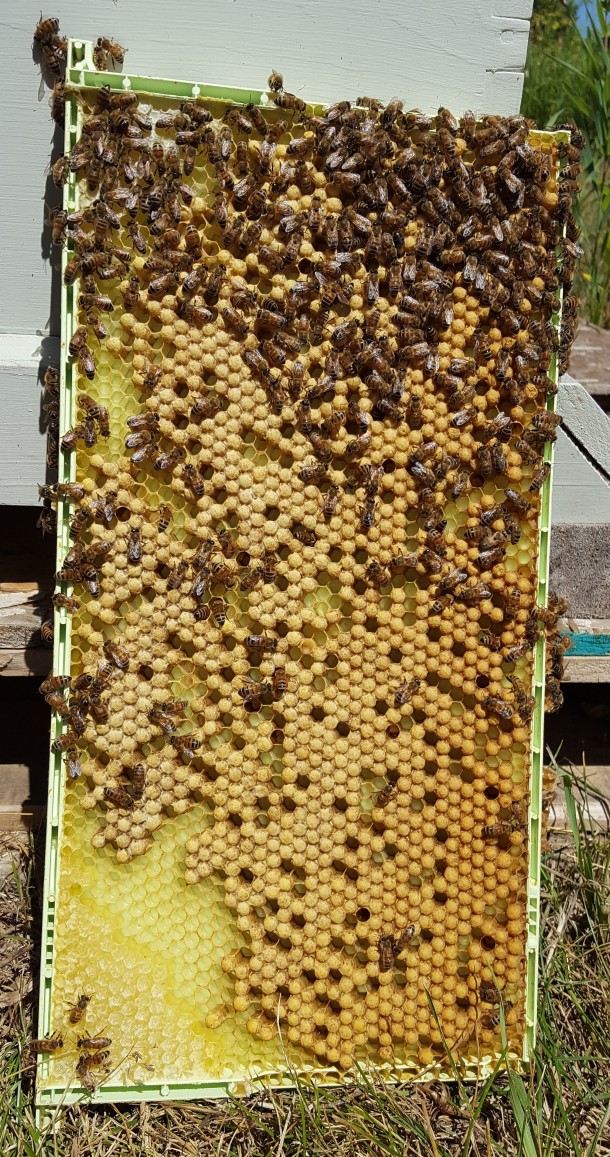