July is Going Swimmingly … Even Without the Water 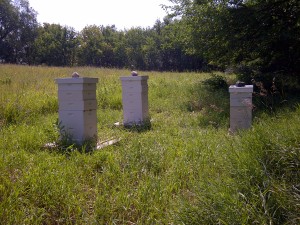 Ole, Thor and Lena. Look at all those honey supers! 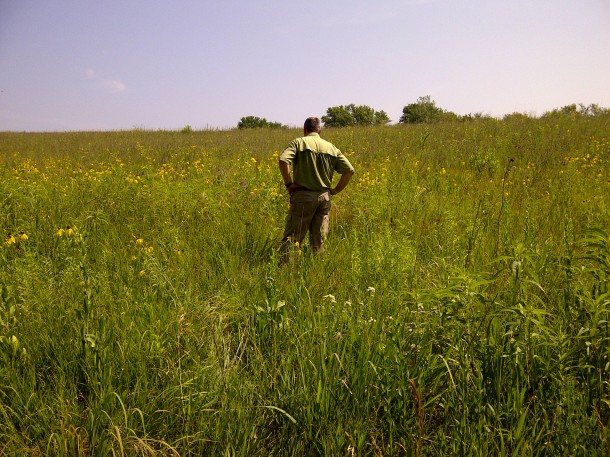 I’m hearing stories of colonies doing really well, and colonies not doing as well, across Iowa. There are many reasons, but I think ours is doing so well because we’ve found such a great place with lots and lots  and lots of native flowers. (And fresh water very close.) It’s really hard to capture in a photos, but the prairie is bursting with flowers – even in this drought. Yah!

We're always looking for new adventures, and well, learning about beekeeping seemed like a good idea. We had one hive in 2011, and we've increased since then Our goal is 10ish colonies, but we haven't hit our mark quite yet. We've found talking with other beekeepers to be invaluable, so we're starting this blog to keep long-distance conversations rolling throughout the year. If we can figure out beekeeping, so can you!
View all posts by Idiots Keeping Bees »
← July 1 – It’s All Good
Harvest Day! →