RSS Feed
← Winterizing, CHECK!
Another One Bites the Dust →

Mass Mortality in the Spring :[

Well, to date we had escaped big winter losses. But after four years of beekeeping under our belts, we finally saw a 60% overwintering death loss.

On February 27th the weather was nice and we headed to the bee yard. Two hives were abuzz. Three hives were suspiciously quiet. Sure enough, three of the five were deceased. We suspect starvation. We knew that at least one was going into winter on the light side, but didn’t expect three to to die off after all the fall feeding. (hoover, or click, curser on photos for captions)

Dead bees on top of the patties we added prior to winter.

Bee butts (dead) sticking out of the wax comb.

As per the norm, mice were having a heyday in the empty hive bodies so we pulled all the hardware back to town for storage. 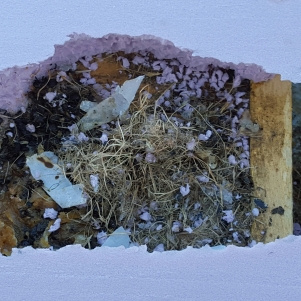 Mouse nest on top of inside hive cover.

And, that’s a wrap on these three. We’ve order three bee packages and will restart them this spring, hopefully with splits from the two remaining hives. 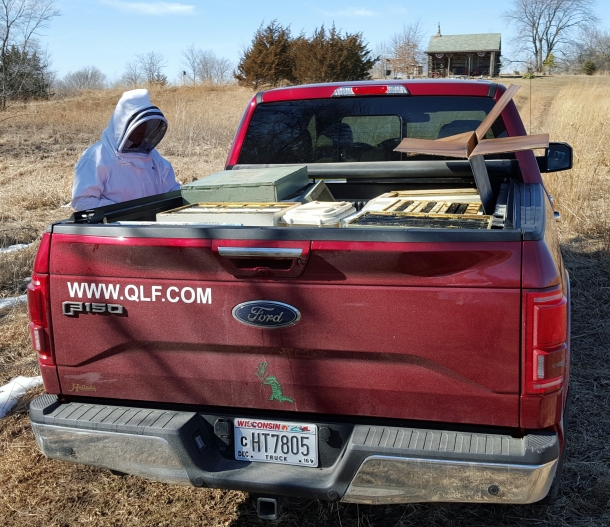 Truck is loaded with empty hardware, headed to storage.

And then there were two.

We're always looking for new adventures, and well, learning about beekeeping seemed like a good idea. We had one hive in 2011, and we've increased since then Our goal is 10ish colonies, but we haven't hit our mark quite yet. We've found talking with other beekeepers to be invaluable, so we're starting this blog to keep long-distance conversations rolling throughout the year. If we can figure out beekeeping, so can you!
View all posts by Idiots Keeping Bees »
← Winterizing, CHECK!
Another One Bites the Dust →